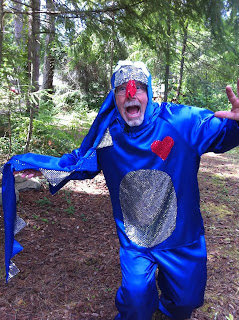 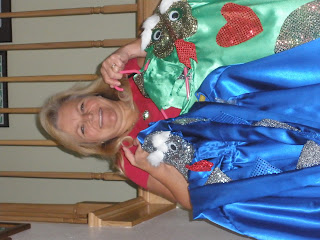 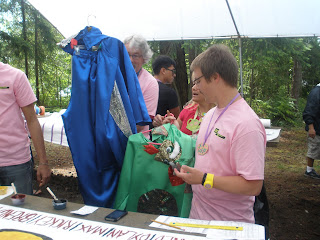 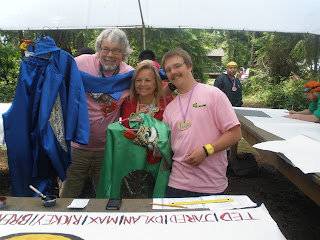 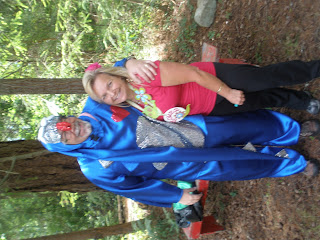 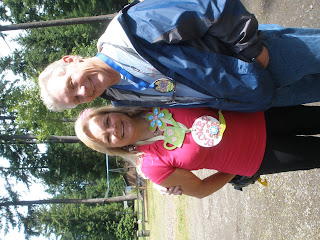 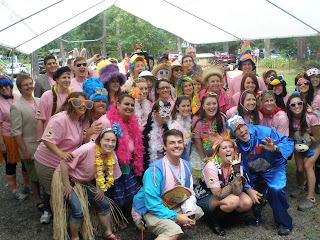 Yesterday at Camp Goodtimes it was a very good high.  I caught the 8:25 ferry to Vashon Island.  On my way I was listening to talk radio and then decided to change it to music.  I couldn’t.  I just knew the music would get to me so I turned it back to talk radio.  I didn’t want to have anything make me cry.  The ferry is quiet which would allow me to think.  Thinking is usually a good thing but not for me these days.  I got out of the car and walked up to the upper deck and called my Mom.  I enjoy talking with her.  She shared with me that my niece sees Kathryn’s face all the time.  My niece also said that Kathryn was the nicest person.  Kathryn never said anything bad about anybody.  The two of them only had good times; they never ever had harsh words.  I feel so bad for my niece as she tried to get home to see Kathryn.  She is in the military.  Her plane landed about the moment Kathryn took her last little breath.  Mom helped me pass the quiet time on the ferry too so I wouldn’t think.  Once I arrived at camp I was ok.

Everyone was just finishing breakfast when I arrived.  I met up with people and just talked and then headed to my position in Arts and Crafts.  I worked with Rocksie, Ginger and Gypsy.  All three ladies are amazing.  They run the Arts and Crafts like a well ran ship.  We had several cabins come in and they decorated their nametags, decorated little backpacks, painted turtle banks, made lannies, made duct tape wallets, and others things too.  I started lannies for five boys in cabin 2 so they could work on them during cabin time.  When I walked the lannies over to them they were so grateful.  That is something I noticed all day.  The kids were all so grateful and so polite.  They said please and thank you all the time.  At one point I had a little boy who had asked for more pain and he rephrased how he had asked because apparently he didn’t think he had chosen polite enough words.  Out came “Flower, May I please have some more blue paint.”  I also noticed that the counselors were very good about saying thank you and setting a good example for the campers to follow.

Two boys really stood out for me yesterday.  Wouldn’t you know that being a Junior High teacher I would notice the older campers more than the younger campers?  This one boy just had a personality that just drew you to him.  He likes to talk but appropriately and not too much but just enough.  He is funny in just the way I enjoy young people.  He had a beautiful smile and just so friendly.  He knew Panda and told me he really liked her and thought she was so nice.  He even shared his sour patch kids with me later on in the evening.

The second boy collected and shared wishing rocks.  What are wishing rocks you ask?  Well they are the ones that have a line that goes around them.  Usually they are grey and have a white line or two that go around them.  For every line there is a wish.  He likes to give them to people so they can make wishes.  In the evening at Casino Night he was not involved and one of the nurses sat down to play cards with him.  I was just roaming so they asked me to play.  We had so much fun.  He taught us how to play 13.  Richard and Kathryn had taught me years ago and I wasn’t so good at it.  We only played a few times so I had forgotten how to play.  The nurse was called away and we found another person to play then another.  We played until closing.  It was a great time and I think everyone won at least one hand.  Some of you may already know that I am pretty competitive.  So when I won a hand I got pretty excited!  What a great way to end my day.
I need to add that the nurses are so great.  They get really into camp.  And they help out with all kinds of things.  They are really good about stepping in to help even outside of the med shed.  They see a need and they are there.  Well, the entire staff is great!  Team work all the way.

I also met a young girl who was taking photos as an activity that Mooselips organizes, as he is a professional photographer.  I had told her I was Panda’s Mom and she said, “I’m so sorry.”  It looked as though she was going to cry.  She told me how much she loved Panda and what an amazing person she was.  How kind and friendly she was and always so happy.  I love hearing these things.  It really makes me feel so good that my daughter was so wonderful and loved and admired by so many people.

Richard (Loop) was talking to Rainbow Bright about when he should wear his dinosaur costume.  It does need to be a time when it would be appropriate.  He’s going to look so good in it.  I can’t wait.  I hope it is while I am there.  As I left camp I was talking with some staff members and asked them to get picture of Loop in is dino costume if I’m not there when he wears it.

To answer the question about Richard reading my blog, no he doesn’t read it.  At least that is what I have been told.  If there were something in it for him to know his girlfriend Bee would fill him in because she reads it.  He isn’t an Internet user like some.  He really doesn’t use face book or even email much.  Yes, he is a young person of the Internet age but he is not much of a user.  He’s a doer.  He is busy doing things.  Much to busy to be sitting.

At dinner they had an 80’s theme.  Kids and counselors all dressed up.  They have this costume room attached to Arts and Crafts where the counselors would bring their campers to get things to wear.  So fun to watch!  Experienced campers and counselors come prepared with loads of fun things to wear.  I wasn’t prepared for this so I too found a beautiful dress from the costume room.  I was prepared for casino night and received some nice compliments on my outfit.  The tie I wore Gypsy found in the costume room for me.  It matched my hot pink hat and just topped off the outfit.

There were only four cars on the ferry ride home.  I did the same thing as I did on my way over in the morning.  I called Scott and then my Mom. Idol thought time is no good.  We made plans to go out to dinner tonight (Tuesday), as Monday was our 29th anniversary.  Twenty-nine years is darn good.  Highs and lows all the way but we power through.  Some people get to a low and give up.  We are not people who give up or lose hope too easily.  We work through those things, as no ones life is perfect.  We have had so many happy and good times that those are the things we remember most and cherish.  Like our neighbor lady said, “Remember the good times, remember the good times.”

The low came this morning.  I was doing great when I woke up and had breakfast but then It hit me when I went upstairs to get my stuff to pay bills and the cord to download pictures.  I just broke down.  I screamed at God.  I begged him to bring Kathryn back.  I yelled at him at how unfair it was that he took such a beautiful person from this world or allowed it to happen.  I told him he was suppose to heal her not let her die.  I threw myself across her bed and cried and screamed.  I thought about the quilt I was lying on as Kathryn and I picked out the different fabrics for me to make it.  How we also chose the fabric for the pillowcases.  I looked up to her closet, which has no doors, and at her cute little dresses and pictured her in them.  I admired her art on the garbage can.  It is so fun and playful just like she was. I looked at the ceramic dolls I gave her for every birthday through 18.   I told God he took too much from me.  I don’t know that I can handle it like others who have before me.  He took a huge chunk of happiness from my life.  Why?  I told him he could do anything and why not bring her back?  I cried so hard that I threw up.  I have such a BIG empty spot that I can’t stand.  I know it is part of the process but I hate this.  This crying and hurt.  I hate having my eyes burn and puff from the tears and my nose plug up from the well the snot.  I just want our foursome back.  It was perfect in every way.  I hate this too.  I should be happy for everything I have but I feel so ripped off.  My whole family and the world have been short changed.

I don’t want to end on such a downer so what can I say… I’m adding some fun photos hopefully to make it better.  If I have time today I’m going to make an apron for Arts and Crafts.  I may make some other Flower things.  We’ll see if time permits.  Michaels may be a good place to go today and Johann Fabrics.

Later Gaters!
Posted by Bradley Family at 11:23 AM